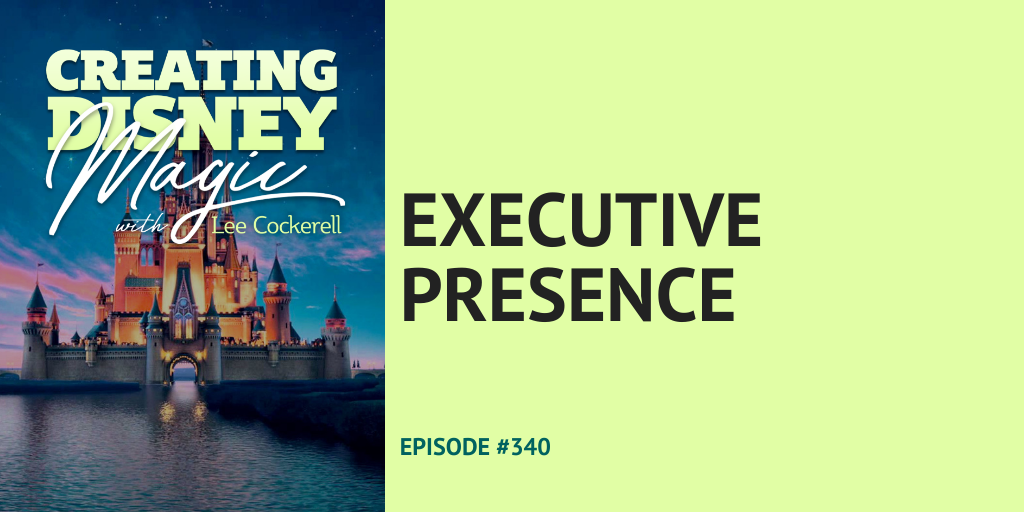 A while back, my son was at Disney and noticed a gorilla who was making eye contact with the man who was in charge. Based solely on the way people were acting and the way the man presented himself, the gorilla picked up on who the boss was.

Executive presence is what made that man stand out.

People with executive presence have immediate influence and credibility.

However, they don’t let that go to their heads. They treat all people with respect, no matter who they are. They let their position go and make every interaction all about the person they’re dealing with at the time.

When you’re around people with executive presence, you feel comfortable and trust them right away. The way they treat you, their focus on you, and their mannerisms make you feel good about yourself.

When I was put in charge of a group of restaurants in Philadelphia Marriot, I met one man who immediately impressed me. It wasn’t until days later that I found out he was one of the managers reporting to me. Despite his position, he had an executive presence.

If you want to develop an executive presence, pay attention to others. Become a good listener. Ask questions about other people rather than talking all about yourself. Don’t try to convince others that you’re a big deal; instead, convince others how important they are.

If you want to learn more tips for developing a stronger executive presence, tune in to this episode.