How to Handle a Crisis 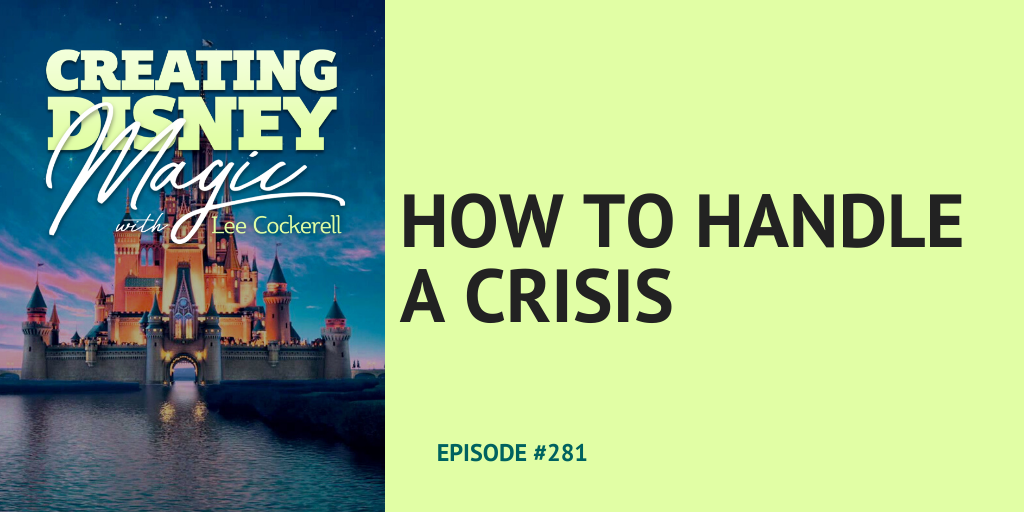 On this special episode of Creating Disney Magic, Dan Cockerell, my son and former VP of the Magic Kingdom at Walt Disney World joins me to talk about how to handle a crisis.

Here are four steps to keep in mind while dealing with a crisis:

Deal with the Facts. During a crisis people get emotional. People speculate and gossip. You should deal only with the facts when you communicate with people.

Be Empathetic. Everybody is dealing with a crisis in different ways for different reasons. Understand people are worried.

Use the situation to get better. You and your organization can learn plenty from a crisis. Use it as a training opportunity.

During my time as EVP of Walt Disney World, we had to shut down the parks due to hurricanes and 9/11.

During a crisis, your culture is on show for everyone to see. Your actions should match your words. What you say doesn’t build a culture. Culture is built through actions.