Should You Get Credit for All Your Ideas?

Home
>
blog post
>
Should You Get Credit for All Your Ideas? 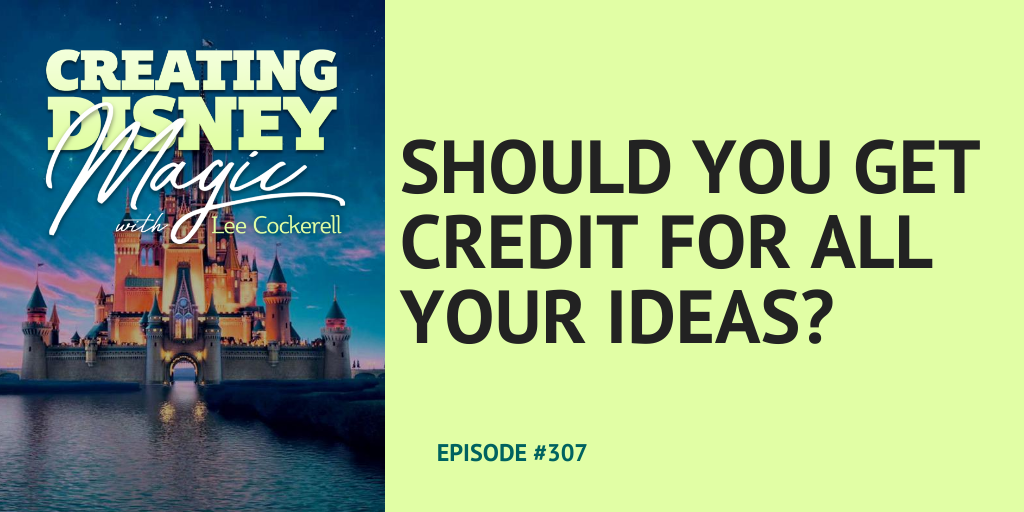 On this episode of Creating Disney Magic, we have an anonymous listener question that strikes a chord with a lot of people including myself.

“What do you do when someone takes credit for your ideas?”

It can be tough when someone takes an idea you shared, possibly in confidence with them, and presents it as their own idea. What this really indicates is that the person, claiming it as their own idea, is insecure in some way. Insecurity could come from a number of reasons like fear of being passed over for promotion, trying to impress the boss, feeling out of place or it could be because they don’t care who they step on in order to move up.

Depending on the underlying reason the way you handle it will vary. This may be as simple as talking to them in private and letting them know that as a team we share ideas without claiming credit by the individual person. It could also be something they are not aware they are even doing and when brought to their attention they will stop doing it immediately. There are also times it will require intervention by upper management so that claiming credit by the individual doesn’t dissolve the camaraderie of the team.

Having hard conversations isn’t easy and though they may be uncomfortable, they are necessary to create a strong team.

Always look for ways to improve your leadership skills. You can start by checking out https://www.cockerellacademy.com. It is never too late to get better.