The Path to Creating Magic in Your Life

Home
>
blog post
>
The Path to Creating Magic in Your Life 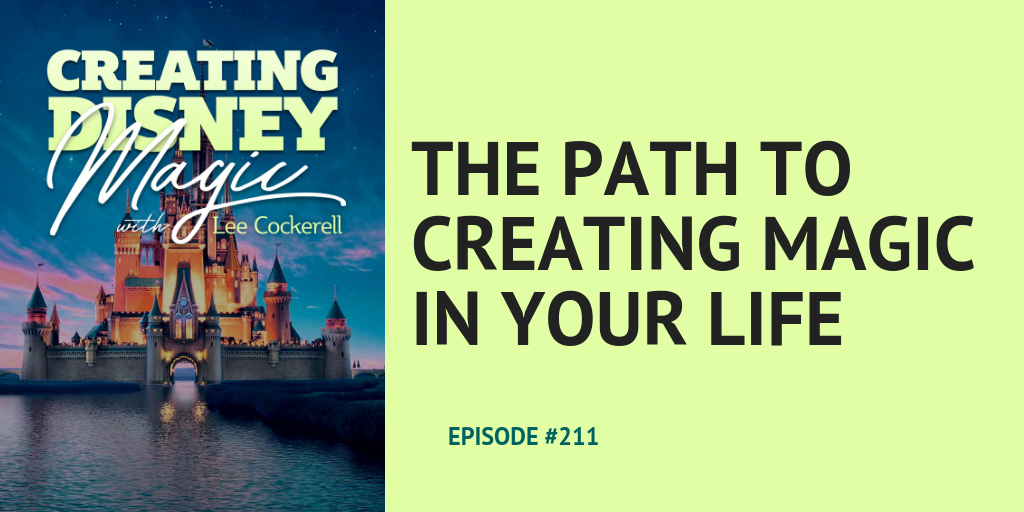 In this episode of Creating Disney Magic, we have another rapid-fire series of questions.

Jody Maberry pulls out seven listener questions, and I provide a brief answer.

Tell how you would work along with cast members to learn what they would do day to day.

Spending time out with the cast members gave me more appreciation for the hard work our team did every day. You would benefit from doing the same. Get out with your team to get an idea of the work they do day in and day out.

What do you do when you are doing a good job, love your company, but have a lousy boss?

You have to decide how long you can put up with the boss. If it is having a big negative impact on you, keep doing a good job but plan a way out. Don’t stay too long at a job where you are not happy.

What is the most valuable lesson you learned as Executive Vice President of Walt Disney World?

Make sure you are not being a big deal. Even my title was intimidating to cast members. I made sure I was available, approachable and open to cast member. Everyone is important.

What are your thoughts on bringing politics into the workplace?

It’s a bad idea. While I was at Disney, I never discussed religion or politics. And other people’s political opinions and views are not your business.

What kept you grounded while you were Executive Vice President of Walt Disney World?

You become who you are early in life. I grew up poor in Oklahoma. And I grew up in a family where you treated everyone respectfully.

Do you think someone could be as successful as you are now without a college degree?

It is harder to get a job today without a degree. But if you are going to start your own business, you don’t need a degree. And if you can be successful on your own, businesses will be more interested in you.

Do you think anyone can become anything and create magic in their own way?

Yes. There are three steps to being successful. First, have a great attitude. Second, be reliable and credible. Third, become an expert in something. The main thing is to help other people before you worry about them helping you.