Make Your Boss the Hero 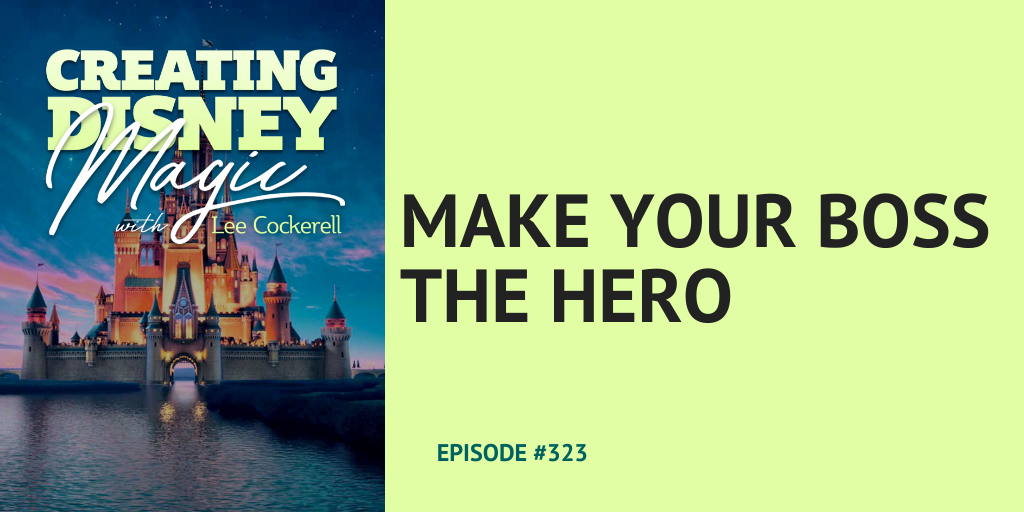 This week’s episode is a special one. We’re sharing a clip from our conversation with Ron Logan. Ron is retired now, but he was the Executive Vice President of live entertainment for Disney worldwide.

If you have ever experienced live entertainment at any Disney location, Ron had a part in it.

Even though he is retired today, his impact is still felt at every Disney park.

Ron is a man of attention to detail and creativity. He wouldn’t send anything out unless it was perfect. He even brought some of the shows he produced at Disney to Broadway, which is no easy task to accomplish.

In our conversation, Ron talked about his beginnings with Disney. He started out as a trumpet player on Main Street at Disneyland. This led to him putting whole parades together and eventually coming back to work for Disney full-time.

A lot of Ron’s success resulted from his interactions with his bosses. He had lots of amazing mentors, but he also had some bosses he didn’t like. His secret was to treat them as the hero.

If you have to deal with top executives in your job, make them your hero. Make their jobs easier and you’ll be in a much better position.

Tuck away your problems with them and keep the faith. Who knows, maybe you’ll take their spot one day.

You can get access to our entire conversation with Ron inside the Cockerell Academy. There is also a lot of exclusive content from me and amazing courses that teach high-level concepts you didn’t learn in college. Find out more about the academy at https://www.cockerellacademy.com/.