Why Every Organization Should Use Cross-Training

Home
>
blog post
>
Why Every Organization Should Use Cross-Training 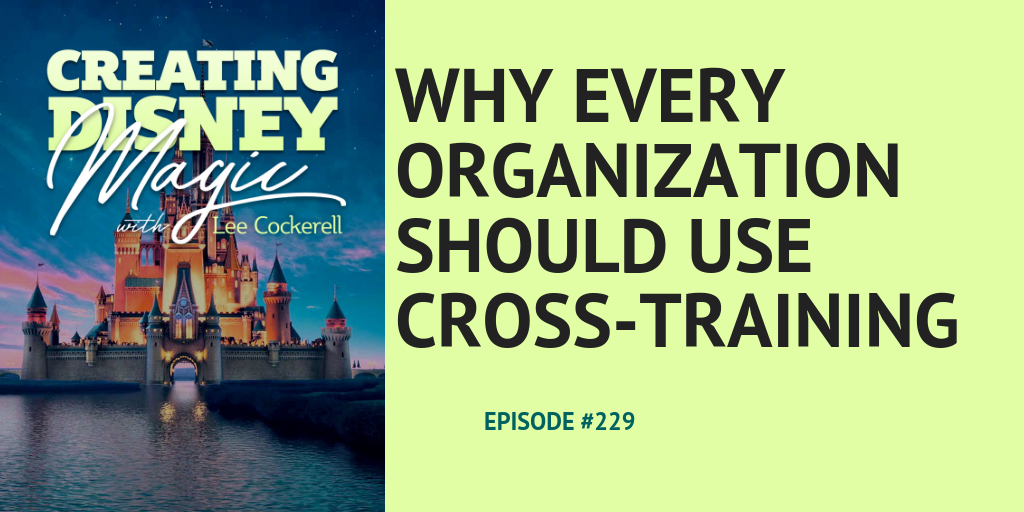 At Walt Disney World, we implemented a cross-utilization program at our busiest time to make sure we had enough people to serve our guests.

One time, I was assigned to work at Pecos Bills.

As I was working the front line taking orders, I noticed trays were beginning to come out hot. Which meant they were coming right out of the dishwasher and into the hands of the customers.

It wasn’t long before trays were coming out dirty, meaning they hadn’t even been washed. A few minutes later, we ran out of trays.

This is a big problem at an eatery as busy as Pecos Bills.

Without trays, there is no way a father could carry the food for his family back to the table. And he yelled at me, questioning what was going on. It was an embarrassing situation.

But it led to a meeting to figure out how to make sure this situation never happened again. The situation also reminded me of a valuable lesson:

You know who was the most important person that day at Pecos Bills? The guy who washes the trays.

Support people. Treat them right. Everyone is important (I can’t say this enough). Everyone has a role

We started this cross-utilization program to make sure shifts are covered. But through it, we learned how hard those front line jobs are. And people with an office job got a reminder that they are doing their job to serve a guest. Now they have a face, or many faces, to go with the idea of serving a customer.

Getting people out of the usual area, especially if they work behind a desk, is of the most powerful, quick, things you can do to improve your operation.